Friday night I decided I just couldn’t take it anymore. Between the unnecessary stress of my new office environment (yes they moved my office again), the political and social unrest that now confronts us daily I knew I needed a big break from reality. My escape plan including disconnecting from social media, grabbing my current read Mary Beard’s SPQR, and curling up on the couch for the weekend. I even thought about constructing a blanket fort to hide in but the weekend temperatures were to damn high.

By Saturday afternoon it became clear that even all of this wasn’t enough to shut my brain off so I turned my attention to Netflix. I’d read some Internet buzz about a new Netflix series called Stranger Things that promised to be highly addicting and fun. Depending on which review one read it was either a mash-up of every 80’s sci-fi and Steven King movie or X-Files meets The Goonies. Someone even wrote, “Imagine if Stephen King wrote E.T. and Steven Spielberg directed it”. One thing that everyone agreed on was that the show is the best thing Netflix has ever done. Two reviewers thought it was the best thing they’d ever seen, period.

I’m usually skeptical of anything that makes such hyperbolic claims; I find most things do not live up to this kind of hype. But, what the hell, I thought. I would try it for myself and if I didn’t like it, I could always build that fort since the weather was cooling off.

I noted in my review of The World of Poo that it is rare for anything to hearken me back to my childhood. There are not a lot, sadly, that stir up feelings of childhood for me. I am not one who feels nostalgic upon hearing an old song, or looking at pictures. Oh sure, memories come flooding back from time to time, but the emotions that usually accompany memories are dulled. The past seems too quiet for me to hear . So you can imagine my surprise when I found myself almost crying at the end of the series (yes I binged watched all 8 episodes) and wishing I had my childhood back.

I’m not the only one who felt this way. My good friend Jason posted this on Facebook after binge watching it too, “I am 35 years old. I will never not want to chat with friends on our walkie talkies, then jump on my bike to meet them for adventures.” This was his emotional response to the series. His sentiments were met with positive responses, it was clear this show had made an impact on many people.

The funny thing is, Jason is 35, I’m 52. We did not share a childhood but we do share the same feelings about our childhood that this series conjures up. The series is pure magic.

How to even begin to talk about this show without giving too much away? I will stay away from the plot details and instead just talk about why it worked and what to watch for. 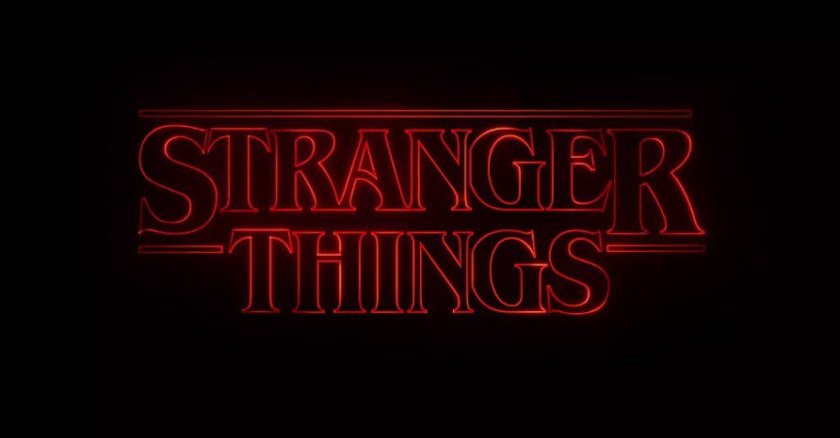 True Stephen King fans will feel the hairs on their arms rise up as the title loads on the screen. Stranger Things contains the same type font as Kings early Double Day books. In fact, for a second I thought it said Needful Things, one of his older book titles. This is no coincidence as the show is a nod to all things King. A good eye will spot an officer reading a King book. By the look of the back jacket I’m sure the title is It. This too is no coincidence as the story revolves around its own “losers club” that is caught up in the search for the missing boy. Fans of Steven Spielberg’s E.T. will find elements of the movie, if not the over all theme, running throughout the series. In fact, it you don’t think E.T while watching, you may be missing the point. One of the show’s emotional hits for me was the sudden reminder that E.T. was the last movie my mom and I saw together before I moved out of the house. For some reason the biohazard scene in E.T really got to me and I turned to my mom for comfort. The scene is not repeated in Stranger Things, but does come close enough that some old discomfort started to arise and I had to take a moment to process why this was.

It also felt so much like Stand by Me, that one would be forgiven if they thought King wrote at least one or two episodes. He didn’t, but even King, posting on his Facebook page, had nothing but praise for the series.

How the producers, the Duffer brothers managed to pulls this off is beyond me; kudos to them for giving viewers everything that was great about Spielberg’s early work along with King and other 80’s cult classics. You’d think trying to fit this much pop-culture into one show would make it choppy or campy, yet the brothers were able to give us a fully polished gem.

That the series is set in 1983 is beside the point. Yes, the props and styles are as 80’s as you get, but the characters could be set in any time, any town. This is why my younger friend and I shared the same emotions. It didn’t matter that it was set in the 80’s, but as someone who was a teen in the early 80’s I appreciated the setting. I laughed when one of the teens tries to impress a girl by reminding her that all the other girls thinks he looks like Tom Cruise in Risky Business.

Beyond the supernatural and sci-fi elements, this is a series about the bonds of friendship; how they are forged and the lengths we will go to keep them. The series is dead set on reminding us that our childhood friendships once upon a time seemed to be the most important relationships we’d ever have. So much so that it deliberately plays on the disconnect between the adults and the children who are all affected by the disappearance of the boy. This disconnect applies to the adults too; it is uncomfortable to realize the father of one of the missing boy’s friends does not offer to join the search party until you recognize the theme of disconnection. The adults are not there for each other, and in one case, have no clue as to what goes on in their own house.

Maybe this is why the series works on such an emotional level. As a viewer I was never fully engaged with the adults, though I did feel for the mother of the missing boy, (played rather adeptly by 80’s star Winona Ryder). The connection is with the kids; you feel for them and by the end, want to be one of them.

Do yourself a favor; take a break from adulthood. Make yourself a blanket fort, grab some Eggos watch the series, and then let me know if you want to go bike riding. I’ve got the walkies-talkies.