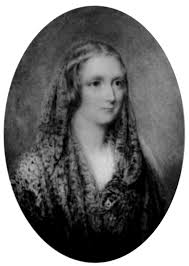 Well it’s day four of my self-taught Shakespeare course so I thought I would report on my progress so far.  I have listened to five podcasts, almost finished two books and have a nice list of Netflix movies to watch.

As I cleaned my office on Saturday (found my desk by the way) I listened to two Oxford University lectures, both so dry and boring I cannot recall what they were about. Good thing I was moving about or I might have fallen asleep.  Unless you are completely obsessed with Shakespeare or are working on a PhD.D on him (yes there is a PhD.D offered on Shakespeare) I would stay away from Oxford U.  Then again if you can’t sleep, this may be your cure!

Next up was The Bardcast. This podcast has three hosts who all sound under 30. You know the old saying “never trust a person over 30”? Well, I have a secret, we over 40 don’t really trust anyone under 30.  it was odd listening to three kids talking in-depth about Shakespeare,  (how the hell do they know anything? )their assessment of the Bard is a little suspect. What I  mean by in- depth is that they try to break down the scenes and offer some insight, but what they offer is shallow and often argued against other scholars rather than offer  real food for thought.  Now, this may be good for those who are new to Shakespeare’s work, and I can see how some newbies may use some of their info on college papers, if only for filler.

As I am writing this I am trying yet another podcast, Chop Bard, and though the host sounds young, I am finding his take on Hamlet to be very informative. I may have finally found a podcast that is worth listening to.

Saturday afternoon I took a trip to my local library. What good is a college course without a syllabus and list of books to read?  For my syllabus I decided to break my studies down into lessons:

Study some guides to enjoying Shakespeare. We can all agree the plays are not the easiest works to read.

Read at least three plays and watch at least three movies based on the plays. For this I chose  Macbeth, Hamlet and The Merry Wives of Windsor.  At the end of May I will also watch a really bad take on Hamlet as seen through the eyes of Mystery Science Theater 3000. If you don’t know what I am talking about, you owe it to yourself to find at least on episode (there are a lot on Netflix) to watch . If you love sarcastic humor you will love Mike and his robot friends.

Back to the library. I found myself looking at shelf after shelf of books on Shakespeare. It would seem there are a lot of experts on the Bard. Some offer tomes (like Professor Harold Bloom) that seem all encompassing while others stick to particular topics.  After much debate (which including talking to myself as my beau wandered away to look at less daunting reading material)  I came up with this list:

How to Enjoy Shakespeare by Robert Thomas Fallon

Brush up on your Shakespeare by Michael Macrone

Shakespeare the invention of the Human by Harold Boom.

Here is what I have learned so far. Just because a guy is dating you and is willing to hang out in a library on a Saturday night, does not mean he will watch Shakespeare with  you. So much for a Saturday night movie date.

People in Elizabethan England did not talk like Shakespeare wrote. He wrote in rhyme (okay, I knew that already) and changed his word order (that I did not know).  His verbs and nouns are switched, very much like in the German language.  So, hey my two years of German may pay off!

I have learned more about the life and time of Shakespeare, but I will save this for my next post in which we explore the world of Shakespeare!