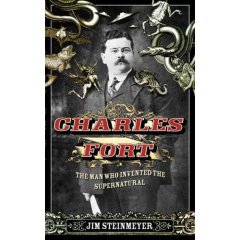 Fortean: Adjective – pertaining to extraordinary and strange phenomenon and happenings

It’s no secret that ever since the first person claimed knowledge to how the natural world worked, there was someone right behind him saying, “You’re wrong”. From natural philosophers to today’s scientists, arguments over theories abound. This often leaves the general public confused and distrustful of those who claim higher authority. Who’s right and who’s wrong? Because of this, most lay-people go with their gut feeling or continue to hold true to old beliefs.

On top of arguing over theories, science sometimes ignores what it can’t explain. Did you know the reason it took so long for the theory of Plate Tectonics to be accepted by mainstream scientists is because they couldn’t figure out how it worked? “Yeah, yeah, we admit it, the continents look like giant broken jigsaw puzzle pieces, but come on, how would that have happened?”

All this leaves a wide-open space for those who distrust conventional science to come up with their own theories and “facts’. Unfortunately, this open space has been widened of late, by those who ignore proven theories and solid facts. We call these people “cranks”. Yes, I’m looking at you Ken Ham.

When we think about others whom we can label “agnostic skeptics”, we should start with Charles Fort. For those of you who may be unfamiliar with Fort he is the author of a series of four books that look at strange and anomalous phenomena as reported in newspapers and journals from around the world. Fort wrote these books during the 1920’s. They are: The Book of the Damned, Lo!, Wild Talents, and New Lands. In the first, The Book of the Damned, Fort introduces his subject matter thusly:

The reports vary wildly, from falling fish and tadpoles to strange lights in the sky. From missing people, to people who seem to appear out of nowhere (Fort introduced the world to Kasper Hauser’s story). But Fort doesn’t stop there. In the pages of these titillating books are Fort’s own “theories”. Take for instance the odd occurrence of falling gelatinous substances that happened in the late 1800’s. Scientific America looked into the subject and took the stand of Dr. Hamilton, who said he studied some specimens and declared them to be “lung tissue” from flying buzzards, who after eating a goodly amount of rotten meat, threw up so violently during flight that one or two coughed up a lung. You read that right, Scientific America endorsed the idea that the mystery jell was nothing more than violently ill buzzard organs. Fort had his own idea; “I think to myself that it would be absurd to say that the whole sky is gelatinous; it seems more acceptable that only certain areas are”. Come on, be honest, which theory sounds plausible from the viewpoint of early 20th century readers?

Fort’s unconventional ideas and dedicated research into the subject of the unexplained and the poorly unexplained, led to the self-titled, Fortean Society/movement. Those who consider themselves Forteans are highly skeptical of science’s assertion that it has all the answers and of its view that there are many things that do not quality as answerable. This movement is a big tent. In it we have people who look at UFOs, not as alien space craft, but as of yet unidentified flying objects and to the theories that ancient aliens built everything before 2000 B.C.E.

I’ve read all of Fort’s books and though I don’t believe his theories, do find them appealing for their outrageousness. This is why I picked up Jim Steinmeyer’s Charles Fort, the man who invented the supernatural. The title is a misnomer as the supernatural’s golden years were taking place while Charles was growing up. Fort didn’t invent anything (other than his many wild theories) what he did mange to do with these four books was to lift the veil of authority from religion and science. Fort questions everything!

Steinmeyer’s work is well researched. He was granted access to Fort’s personal notes and correspondences. This should have given his readers a pretty clear view on Fort’s personality and writing, yet somehow we are left with many unanswered question. How did Fort go from an adventurous young man who, for two years, traveled the world on a monthly allowance of only $25.00, to a middle aged man who could scarcely leave his house except to visit the library? What happened in between? Why would a man, who couldn’t bear to be away from his wife, neglect to have her accompany him to dinner parties that included other literary figures of the day? Was he self absorbed or was she truly a glorified servant as some of his friends suggested? While these questions may be unimportant, they do offer as examples of Steinmeyer’s lack of interest into Fort’s personality and personal life. Steinmeyer instead, focuses on the story of how Fort’s work came to be published.

This too is a problem as the title of the bio includes the hyperbolic claim of invention. It is not until the latter half of the book does Steinmeyer refer to his claim, and then only offers a brief definition of what supernatural was before Fort.

“To Understand Fort’s legacy, it’s important to remember that before The Book of the Damned, the supernatural was, by definition, special and unique. For thousands of years, supernatural events were used as evidence of a larger system-a mysterious force that could take control of our lives”.

I am confident that this definition still applies. No, what Fort did was open the door for other writers and thinkers to unabashedly share their views with the world.

The biggest take away for this reader was the realization that Fort believed none of what he wrote! This is evident in a letter to his brother Raymond:

What do you know but that I’ve heard some about taking my stuff seriously. Somebody may organize an expedition to the Moon, to find out what there is on the things I write about, and I’ll have to go along-how can I get out of it?

Knowing he didn’t take his theories seriously tells us Fort was no crank, but was he someone who just wanted to peel back the layers of conventional wisdom or was there more to him? Steinmeyer admits he is not sure, but is adamant that Fort’s main aim was to make fun of science. After reading the book, I’m not sure this is completely accurate. I think the real genius of Fort was in his making fun of everyone, including cranks and those who would blindly believe his words.

From the letters between Fort and his friends it is clear he was no fan of any society named after him. Fort refused to join the first Fortean Society and remarked that it was unsuccessful because it attracted those who took him seriously. His good friends refused to join a second society, started right after his death, for the same reason. Too many people used the name Fortean to expound conspiracy claims,  including Tiffany Thayer, the founder of the second Fortean Society .Steinmeyer admits without Fort we would not have Erich von Daniken, Ivan Sanderson and John Goodwin to name a few. After reading the book I have to question how Forte would feel about this. Fort may have been distrustful of scientific answers, but I can only image he would howl at the idea of a show titled Ancient Aliens.

Charles Fort, Book of the Damned

Jim Steinmeyer, Charles Fort the man who invented the supernatural 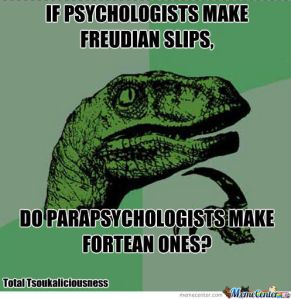 7 thoughts on “Be careful when you say Fortean”