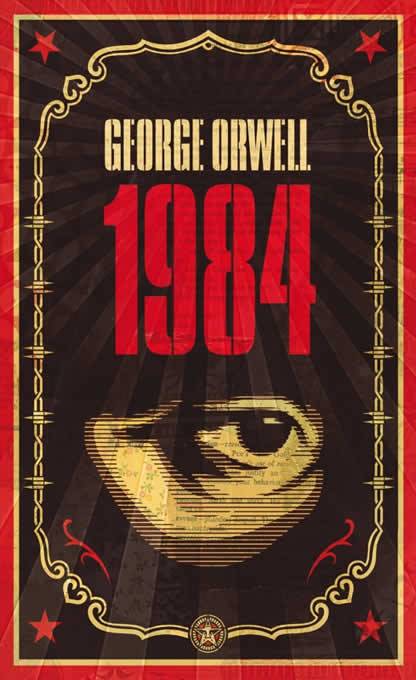 The newspaper USA today wrote that George Orwell’s 1984 has sold 47,000 copies since Don the Con was elected President. That’s up 10,000 from last year. Some of you may think this is a knee jerk reaction, but after Kellyanne Conway mentioned “alternative facts” as a way of explaining the misrepresentation lies reported by White House Press Secretary Sean Spicer, sales skyrocketed.

Winston Smith is a member of the Outer Party. He works in the Records Department in the Ministry of Truth, rewriting and distorting history. To escape Big Brother’s tyranny, at least inside his own mind, Winston begins a diary — an act punishable by death.

As I write this, Don the Con has now lied about the number of public attendees at his inauguration, lied about knowing there was wide spread (up to 5, 000,000 Hilary votes) voter fraud as a way to explain his loss of the popular vote. Yes, he is trying to re-write history.

He has announced today the wall will go up, even if Mexico isn’t paying for it. And has stopped the EPA and national parks from tweeting science facts as they pertain to climate change. He has taken down the climate change page from the White House web page, and oh did I mention, he is forbidding science agencies from talking to the media or sending out information. He is also calling for the taking of Iraqi oil,(putting our troops there at risk) and called out for the removal of the ban on torture.  Talk about the age of Big Brother!

This is unAmerican and very very scary for all rational thinking people. So what does all of this have to do with 1984? Well the parallels between what Don the Con is doing and saying and the novel cannot be stressed enough. In fact it is quite easy to see America, and I can’t believe I am saying this, may be moving towards a Dystopian society or at least one that Orwell envisioned 68 years ago.

“Now I will tell you the answer to my question. It is this. The Party seeks power entirely for its own sake. We are not interested in the good of others; we are interested solely in power, pure power. What pure power means you will understand presently. We are different from the oligarchies of the past in that we know what we are doing. All the others, even those who resembled ourselves, were cowards and hypocrites. The German Nazis and the Russian Communists came very close to us in their methods, but they never had the courage to recognize their own motives. They pretended, perhaps they even believed, that they had seized power unwillingly and for a limited time, and that just around the corner there lay a paradise where human beings would be free and equal. We are not like that. We know that no one ever seizes power with the intention of relinquishing it. Power is not a means; it is an end. One does not establish a dictatorship in order to safeguard a revolution; one makes the revolution in order to establish the dictatorship. The object of persecution is persecution. The object of torture is torture. The object of power is power. Now you begin to understand me.”

“What can you do, thought Winston, against the lunatic who is more intelligent than yourself, who gives your arguments a fair hearing and then simply persists in his lunacy?”

What indeed can we do? I for one will not simple stand back and watch as the country eats itself. I will not only keep a dairy in order to stay sane, I will use it against the oppressor until he screams into the night. I will call, I will Tweet, I will march, but I will not let the insanity of lies, deception and the rewriting of history take hold. And if you are afraid of losing your mind, I suggest you do the same.