It’s been almost a week since a large winter storm hit Northern Nevada. 2005 was the last time we experienced this much snow and rain and I had hoped to never see this much again. I saw a great meme the other day on Facebook that rather nicely sums up what we are going through. 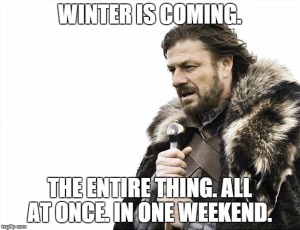 Yes, winter is here, so it’s time to curl up and thankful for central heating. But what to do on these long winter nights when we find ourselves cooped up in the house. There is only so much one can do at home without going a little stir crazy. Thank goodness for the Internet.

The other night I found myself looking for Shakespeare related news and came across a Tweet mention by Folger’s Library. The tweet invited readers to check out the Victorian Illustrated Shakespeare Archives by Michael John Goodman https://shakespeareillustration.org/ It is a blog devoted to the cataloging of Victorian illustrations found in various works of Shakespeare. Thanks to the Romantics, there was a wave of early Victorian populism in Shakespeare publishing, but unlike the multitude of “subject’ books we see today, these books simply reproduced the plays and added their own artistic flare by including illustrations. Goodman has taken it upon himself to archive and catalog many of these pictures.

While I admit the undertaking is ambitious, the execution is lacking. The front page gives no bio or reason why this concordance of illustrations was created Was it a school project, or the work of a Shakespeare loving coder?

The header is broken up by Victorian illustrators while the body is cataloged by theme. I do not want to be the first to tell Goodman, but the works by the illustrator Kenny Meadows has Pericles housed in the comedy section. It’s a slight mistake given the work that must have gone into making this site, but it would throw off a person who is unfamiliar with Shakespeare’s work. The mistake is further compounded when one clicks on the Comedy theme in the body of the first page. Clicking on comedy takes you to pictures found in Pericles. You would think this mistake would have been found right way because of this.

Clicking on a picture gives you bare-bones information about the history of the picture. An example would be here, in the picture Benedict listens in.

Staunton? Who is Staunton? So much for him.

The pictures Goodman includes tell us less about Shakespeare and more about Victorian illustrators. Often the pictures tell their own story, as each expand upon a particular scene and widen our view of it. Other times the illustrators simply takes a character and draws them just for the sake of drawing them. Why Kenny Meadows paired Cleopatra and cherub we may never know. It would have served Goodman and his viewers better had he included some historical perspective.

It would have been nice had Goodman included some history of the book, even if that history was repeated in every picture from the book. Goodman doesn’t bother to guide us through his collection or offer any assistance to further reading. I was somewhat irked by Goodman’s only comment on the site. He has a very long winded paragraph on how to cite his work. Reading the paragraph it is clear he is no scholar as his views on citing have more to do with making sure he is given proper acknowledgment than how to properly cite a source. I hope I have given him his deserved credit.

For a better site and historical look at Shakespeare themed Victorian illustrations I would suggest heading to Open Source 3,000 Illustrations of Shakespeare’s Complete Works from Victorian England, Neatly Presented in a New Digital Archive

Here you will find some very wild illustrations, many with a short bio or comment. Take this picture from the Tempest. Open Source tells us,

“The Knight’s edition is joined by one from Kenny Meadows, who contributed some very different illustrations to an 1854 edition. Just above, see a Goya-like illustration from The Tempest”.

I love the Goya-like reference to this picture. It told me I might not have been the first to mutter, “WTF?” when I first saw it.  Open Source takes the time to comment and offer some history of the works presented. Be warned, this is an addictive site, perfect for a warm winter weekend viewing. 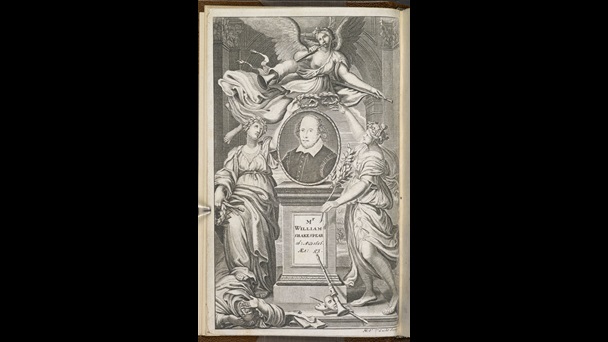 For those who love online collections, no post is complete without mentioning the British Library’s Collections The First illustrated works of Shakespeare edited by Nicholas Rowe, 1709  The BL must be commended for making so much of its content freely available. If you love museums and books, this is a dream come true.

I don’t know about you, but I plan on sitting down with a a pot of tea and looking at all 3,000 Shakespeare inspired illustrations. With so much vitriol over ,and about the Internet these days, sites like these are nice reminders that there is more to it than just “fake news” and platforms for narcissistic personalities.

Who among us hasn’t dreamt about finding a hidden treasure buried within the shelving of some dusty old used bookstore or thrift shop? Or suddenly eyed our old artwork with curiosity and longing after hearing about a lost map or valuable document found underneath a god-awful painting?

These kinds of finds don’t happen every day, but they do happen often enough that the idea of it happening to us isn’t all that farfetched and may be why many people love to haunt yard sales and antique stores.

My own mother has experienced this kind of luck, if only in a small way, several times. She and a friend used to go to barn sales out in the Midwest just for the fun of looking at old farm equipment but came home twice with very old Maxwell Parish prints housed in a expensive antique frames. She bought them for under $40.00, far less than they appraise for. I now have them hanging with my modern Parish prints.

Not very long ago my mother visited a thrift shop in California; something she rarely does and saw what looked like a Swarovski clock only this clock was priced at 99¢. She picked it up on impulse; it looked so much like the real thing she thought it would go with the other pieces of Swarovski she has in her living room. If my mother had a smart phone she could have looked it up…, but I digress. As it turns out, it was indeed a Swarovski collectable clock. As my mother tells the story:

Just as the clerk rang up my 99¢ item and commented on its beauty the manager happened to glance over. Her eyes widened as she saw me hand the clerk a dollar and some change and barked, “That’s not 99¢, that’s $99 and a bargain at that!” I smiled at her and pointed to the sign near the register that read “Prices as Marked”. The clock was clearly marked at 99¢ and 99¢ is what I walked out paying 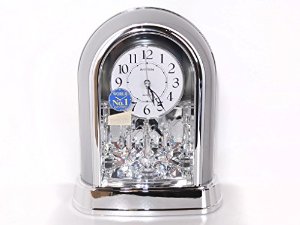 Granted, nothing my mother has found has had any worldwide implications or changed what we think we know about an artist or valuable legal document, I use her to illustrate what can happen if we keep our eyes out for possible buried treasure hidden in plain sight. And, this is exactly what happened earlier this year with one of the first Shakespeare folios. It was found hidden in plain sight at Mount Stuart House on the Scottish Isle of Bute. According to the BBC

The trust, which runs the Gothic revival house, had been researching the collection of books, paintings and historic items and called in experts from Oxford University to assess the authenticity of what had been claimed as a First Folio.

At first experts didn’t believe this was a first edition folio but on examination they were astounded to find out that this book is truly is one of roughly 750 books published in 1623. Only 230 others are known to exist, but it is possible there are more. Only last year one was found in a Jesuit library in St Omer in France.

So the next time you happen to attend an estate or library sale be on the look out for a book that looks like a First Folio. Who knows, it may be your Willy Shakespeare Golden Ticket.