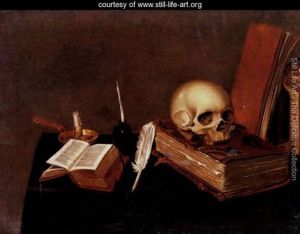 Have you heard about the latest Shakespeare mystery? Someone has stolen his skull! There is a very real possibility that somewhere, someone is in possession of the beloved poet’s head and is keeping it a secret. Or, maybe not. There may be much ado about nothing. Let’s start from the beginning.

Argosy, an early 19th century English magazine, now considered to be the first published collection of “pulp fiction”, is our starting point or should I say reference point for the case of the missing skull. Here too we have a slight mystery on our hands, as the date of the magazine’s first issue is in question. Some Internet sites say it started in December of 1882, yet a bound collection of some of its earliest stories titled, Argosy Volume 28, notes that the stories are from 1879. And if this is volume VIII, wouldn’t this suggest even an early date of publication? But no matter, what is important is that at some point in history, one of the stories published in Argosy was a story titled, “How Shakespeare’s Skull was stolen” authored by A Warwickshire Man. The story is part of the Volume 28 collection, which is still in print today. I read it thanks to Google Books, though it is such a mess of a story that I don’t recommend you bother.

The story is narrated from a first person’s perspective. One man retells a tale he was told as well as readings he got from a diary. As a piece of fiction goes it’s a little messy but readable, but from a historical account may leave the reader with a lot of unanswered questions and some major plot holes. If it is to be believed, a young brash and arrogant doctor, Frank Chambers, pays two well-known grave robbers to dig up Shakespeare’s skull, because, well, why not! After all the doctor already had one skull and felt he needed a second “to bear him company; the poor fellow finds it unked here o’nights since he was swinging free and easy on Mappleborough Green”. So it seems the doctor had the skull of a hanged man and wanted to balance that out with a poet. Doesn’t sound like a likely pair for bookends to me.

The story continues as slapstick comedy; the two grave robbers set out dig up Shakespeare, but because they rely on a local Stratford maid who cannot read, and has never heard of William Shakespeare, ends up digging up the wrong skull. (if this reminds you of the brain stealing scene in Young Frankenstein, you are not alone) After being admonished by Chambers, the pair sets out again, key to the Church in hand, and finally steals away with the right skull.

As I said, as a piece of fiction it’s a little messy but entertaining enough and should be regarded as such, but of course it is not. Some scholars (though no one I know) renamed this a rumor and have long wondered if Shakespeare’s skull is really missing.

Well, if you are lucky enough to live in the U.K. and are interested in this mystery you are in luck! BBC 4 will broadcast the findings of a 2014 archaeological investigation of Shakespeare’s grave at Holy Trinity church in Stratford-on-Avon tonight. The investigation set out to either dispel or confirm some of the rumors surround Shakespeare’s burial:

Was he buried standing up?

Why are flagstone markings so short?

Is this marked spot empty and is he buried somewhere else?

The answers to these questions suggest that both William and Anne are buried in the church and that the bodies extend past the markers. And no, he is not standing up but is laying just a few feet down.

But the real mystery, at least according to the researchers, is that the ground around Shakespeare’s head appears to have at one time been disturbed, suggesting that this rumor of theft could turn out to be true. However, the vicar of Holy Trinity, the Rev Patrick Taylor, is not convinced. After all, it is one thing to steal from the corner of some dark cemetery, it is quite another to steal into a locked church, removed some flagstones, remove the dirt, dig up a skull and put it all back again without anyone every noticing. Impossible? No. Improbable? Yes.

We should reserve judgment until after the documentary airs, but in honesty, this seems much ado about nothing.

I’ve had some of my overseas friends ask about the rise of Donald Trump. “Has America gone mad?”, is the most often asked question I’ve heard lately so I thought I would devote yet anther blog post to this train wreck of a human.

I have a confession to make. About 10 years ago I was addicted to infomercials, which led to a mild form of OCD that lasted several years. Apparently if I hear the phrase, “This (fill in the blank) is a must for keeping your house clean” I have to have (fill in the blank). Thanks to this addiction I own three vacuum cleaners, a steam cleaner (I love this gadget), all sorts of cleaning agents, and two mops. I cannot blame guests who mistakenly think I own a cleaning service.

My infomercial induced OCD would, at times, override my common sense. Once, right before a date, I was on my hands and knees using my steam cleaner on the bathroom floor because I found two strands of hair on the floor. Thankfully my date didn’t run out the door when he found me wiping the floor, but he did have a hard time using my bathroom after that. Looking back, I don’t blame him. I must have looked insane as I tried to explain why I wasn’t ready to go out yet. “Two hairs, two, damn it”. Out damn hair, out!

Infomercials work because the makers of these mini horror movies have years of research behind them. Unlike traditional 60-second ads, designed to generate name recognition, infomercials use up to 30 minutes, in some cases up to 60 minutes (The Home Shopping Network has a mix of both, which is what hooked me) and are self-contained stories. Infomercials don’t just ask that you trust their brand; they have the airtime to tell you why you should. Infomercials must capture viewers’ interests, inspire them to get off the couch, grab a pen, write down an 11-digit number, dial that number and buy – product unseen. In order to do this, some psychology must be used. Good infomercials just don’t tell a story, they engage the viewer by pulling them into the story. This is done by first asking questions:

Are you tired of?

Do you ever wish?

Effective marketing establishes a need and tricks the viewer into thinking this is his or her need.

Next they lay out their wares as the very tools to fulfill this need by using some key phrases:

What if I told you..

This (fill in the blank) is the very thing you need.

After establishing both need and solution, the makers of infomercials spend the next 28 minutes showing you why you have this need and how to solve your problem. They use buzz words over and over again so that the gullible viewer, hearing them over and over, becomes convinced this is the very solution they need, even though minutes before, they didn’t even know the problem existed! Some buzzwords are:

Consumers, research has shown, will respond to positive messages/words if they hear them over and over again. Once convinced they have a problem, they will easily hand over money for the solution, especially if they think they are getting a good deal. This is why the old, “wait, there’s more” or, “We’ll throw in (fill in the blank)” catch phrases are so effective in selling crap. Viewers not only want their problems solved, they want to think they are getting one over on the company.

Research has also shown that viewers respond to fear and self-doubt. These infomercials may start with questions like:

Are you worried that…?

Does your family’s safety concern you?

Does (fill in the blank worry) keep you up at night?

Doesn’t your family deserve the best?

These types of questions rely on the viewers’ susceptibility to such questions. Once we humans are alerted to a possible danger our emotional responses replace our rational thought. It is through the manipulation of our emotions that allow infomercial companies to rake in billions of dollars each year, even though most of the stuff they sell is crap. I was once fooled into buying an “innovated cleaning cloth” that allowed colored clothes to be washed with whites. The cloth was marketed to “capture” bleeding colors so that the whites would remain white. No, no it didn’t. All it did was tie dye my then husband’s white T-shirts. He was not amused and I felt like a complete fool.

In short, infomercials prey on consumer’s vulnerabilities and insecurities by introducing a manufactured problem and cheaply designed solution. They are successful because they know what words to use and how to use them. They have years of marketing research that assists them to gain our trust and our loyalty. But underneath they are nothing but snake oil salesmen out to make a buck; not at all interested in giving the consumer something work paying for.

So what does this have to do with Donald Trump? I think you know where this is going..

It occurred to me last night, as I watched in horror and fascination, Trump’s “press conference, in which he displayed many Trump products, that he is nothing more than a human infomercial. I tweeted this idea tout because it answered the question, “Has America gone mad?” No my friends, America has not gone mad, but some of us have sadly bought into this sleek but slimy infomercial. Trump, who is a master salesman, has taken many of the same principles found in infomercial marketing and made them his own. He is preying on our fears and has not only outlined a manufactured problem, America is in trouble” he has come up with a cheap solution, “Let’s make America great again” and has spend months selling a story that backs up his claims. Those who follow him have allowed their emotional response to override their rational thought process. They are so scared that America is not great anymore that they forget that Trump, in all his years in business, has never done anything for America. He has always been in it for himself. This quest to be our national leader is nothing more than a bid to be even more powerful; it’s a “personal best” goal. Nothing this man has ever done has been for the greater good, yet thanks to his infomercial like campaign, people are lining up to get a good deal. But a good deal he is not.

It’s time to turn off the human infomercial and realize that though we may have real problems, this cheap suite, this snake oil, is not the solution. He is nothing more than a product, as seen on TV.

Consumer Reports Should you buy this now?