In honor of Bloomsday, I thought I’d share this again.

James Joyce is unquestionably one of the most influential writers of the early 20th Century. Joyce continues to be the master of the stream of consciousness style of writing. Oh sure, Virginia Woolf and William Faulkner are two authors who also come to mind when discussing stream of consciousness master pieces, but nothing has come close to  Joyce’s career defining work” Ulysses” a modern version of Homer’s Odyssey with three main characters similar to the ones in Odyssey. Ulysses is said to be among the finest novels ever written. It took me three tries but in 2010, while my son was in the hospital, I finally got through it. Though good, it is not among my favorites. But to honor this literary giant I give you:

7 things you may not know about James Joyce!

Scientist Murray Gell-Mann had been thinking about calling the unit “kwork,” but when he found the invented word in the Joyce classic, he knew he had discovered the spelling he wanted to use. Gell-Mann says this about the discovery:

“In 1963, when I assigned the name ‘quark’ to the fundamental constituents of the nucleon, I had the sound first, without the spelling, which could have been “˜kwork”. Luckily for science, quark won the day.

The cynophobia was a result of an attack by a neighborhood dog when Joyce was just five years old. And his keraunophobia, came about when his religious aunt told him that thunder was an angry God.

Besides phobias Joyce suffered from poor eyesight. He endured 25 eye surgeries and was almost blind by the end of his life. At one point he wrote in red crayon and relied on his daughter to edit his writing.

The character Molly Bloom in his novel “Ulysses” is based on his wife Nora Barnacle The novel even takes place on June 16th, the day Joyce met his future wife.

Ulysses was not built in a day.

What started out as a short story ended up being a seven-year venture. Ulysses was written in the years between 1914 and 1921.

Supposedly Shakespeare and Co. is the most famous bookshop in the world. Not just because of its namesake but because of the high number of visitors the store receives annually thanks to the original owner Sylvia Beach having published and marketed Ulysses.

And now you know! 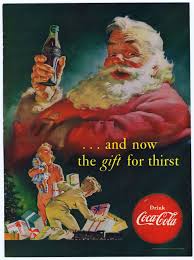