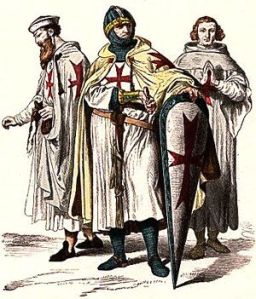 On this day in 1128 Pope Honorius II granted a papal sanction to the military order Knights Templar. With this in mind I pulled up an oldie but a goodie. This is from October of last year. Hopefully you will enjoy this while I continue my quest to learn the secrets of my bathroom plumbing system. I’ve spent the last few days learning how sinks work. Or more importantly, why they don’t work.

It’s that time of the year again. Time to pull out the Knights Templar conspiracy stories. There are many great books on the  true history of the Templar. yet it’s the conspiracy story that make the most noise. Here is a brief look I wrote last year at the story vs the truth.

Who doesn’t love a good conspiracy story? Especially one that involves secret documents, hidden treasure and an unsolved mystery. Long before Dan Brown exploited their story, the mystery of the Knights Templar intrigued me. Their story is one of the reasons I put aside fiction and turned to armchair scholarship. For those who are unfamiliar with the conspiracy surrounding the Knights, I’ll give it to you in a nutshell. In 1065 Jerusalem was occupied by the Turks. Unlike the Saracens before them, the Turks would not guarantee the safety of Christian pilgrims as they traveled in and out of the Holy Land. Nine French soldier monks, led by Hugh de Payns, formed a group known as the Poor Fellow-Soldiers to ensure save passage for traveling pilgrims. Once the monks got to Jerusalem they housed themselves in the Temple’s stables and began digging for treasure. When they found what they were looking for they traveled to Rome and met with the Pope to deliver their treasures and something that made the Pope nervous; something the Church did not want known to the public. The Pope, hoping to buy their silence bestowed great wealth and power to them. This is when they became known as the Knights Templar. As their numbers grew they started to attract Crusading Knights who wanted to fight in the name of God in order be a assured a place in heaven. Over the years as their reputation as warrior monks grew  Frances King Phillip the Fair (oh how ironic) became suspicious of them. He pressured the Pope into declaring the order heretics, and had the French order rounded up on October 13, 1307. Under torture many confessed including the Grand Master Jacques de Molay; though later her recanted his confession.  Molay and others were burned at the stake, and the entire order scattered across the land. The unsolved mystery is this: what did they find that would have a Pope buy their silence and where is it today? Unfortunately their story is not as sexy as this. There is no evidence of hidden treasure or secret documents. Let’s debunk some of the myths shall we?

While it is true there were nine original members of the order there is supporting documentation that says their numbers grew during the first year. Church records show that rather than hiding out under the Temple to dig for treasure the order escorted pilgrims to and from the Holy Land.

So where did their wealth come from?

They did not suddenly become rich and powerful. In fact, it took several years for their numbers to grow. Their wealth came from several sources. First, all members had to give up their holdings and money to the order. As their fame as great warrior knights grew they attracted sons of wealthy men to their order. Whatever the sons inherited was turned over to the order. Records exist all over Europe of the gifts of money, lands and manors that were given over to the Knights by the faithful. The King of Aragon in Spain was so indebted for the work the Knights had done in holding off the Moors from his kingdom that, when he died childless in 1131, he willed one third of his entire kingdom to the Knights Templar.

It has been said they became more powerful than any European King.

It’s been said, but never proven. Bear in mind, if they were more powerful than any king, Phillip would not have been able to round them up and execute them now would he?

This is because the Knights started to practice some unusual rites. Possibly Devil worshiping?

Let’s start a short history lesson. This is the time of the Great Schism, when the papacy was in turmoil. Phillip quarreled with two popes before Clement took office. The first died of injuries after being beaten at the King’s request and the other died less than a year after taking office, possibly by poison.  King Phillip may have decided it would be easier to just buy one of his choosing. He began securing cardinals until the number of French cardinals in the Vatican’s College of Cardinals was equal to the Italian ones. They then obligingly elected his chosen candidate. Phillip not only bought a pope, he convinced the new pontiff Rome was unsafe and had him stay in France. 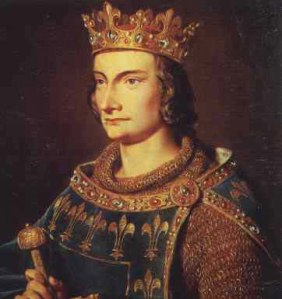 Phillip owed the Knights a lot of money and when he asked for yet another loan they turned him down. Phillip desperately needed the money, so he devised a plan. King Phillip’s bold plan was to arrest every Templar in France, charge them with heresy, and exact immediate confessions from them by torture before Pope Clement V or anyone else could protest on their behalf. By making the charges religious in nature, Phillip would be seen not as a covetous thief, but as a noble servant of God. Phillip’s plan was to arrest all the Knights, subject them to torture immediately, and exact confessions from them on the very first day. He wanted to hand Clement V a pile of confessions so damning that the pope would have to side against the Order. The pope responded just as Phillip had planned. His outrage over the arrests turned to dread as the “evidence” was presented to him. Phillip leaned on Clement to issue papal arrest warrants all across Europe, which were largely ignored by other monarchs. The Pope did not see through Phillip’s plan, but everyone else did. 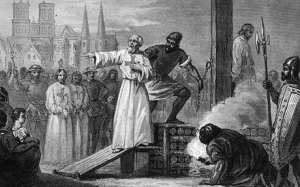 Most of the arrested Knights recanted their confessions and announced to Church officials that their statements were made under the pain of torture and threat of death. To intimidate the remaining Knights, Phillip ordered 54 of the knights to be burned at the stake in 1310, for the sin of recanting their confessions. Clement felt he had to end the prosecutions while saving face. The Pope officially dissolved the Order, without formally condemning it. All Templar possessions were handed over to the Knights Hospitaller, and many Knights who freely confessed were set free and assigned to other Orders. There is one lingering question: Where did the money that Phillip thought he’d get disappear to? When his men rounded up the Knights there was no money to be found. It is possible they were warned ahead of time; in fact the Knight’s fleet of ships vanished about the same time as the money. It is possible the Knights gave it to other orders including the Hospitallers or it’s with the missing fleet of ships. We may never know, which means the myth of the Knights Templar lives on!

Malcolm Barber The Trials of the Templars

Sean Martin The History and Myths of the Legendary Order

16 thoughts on “Myths of the Knights Templar”