Back in the late 1990’s I worked at the Timberhill Ranch, a posh resort that cost between $3,500 to $4,500 for a two- night stay depending on how many times guests ate at the adjacent 5 star restaurant. It was one of the few N. American resorts tied to the European Relais & Chateaux collection.

Who would spend this kind of money for a two-night stay in a rustic ranch style resort, nestled in the hills of Sonoma County? I can’t and won’t name our clients (this is not about who I’ve met) but I can tell you two of our clients had the title Secretary of,… I met TV producers, one who loved to tell me stories about a then very popular cast of a show about a family of aliens living on our rock. I once asked a quiet nerdy British man what he did for a living. He told me he developed a video game that, in his words, “a few people rather enjoy”. If memory serves, a couple of movies were made based on his game. Angelina Jolie played the main character. One night, and this may be my favorite memory of my time at the resort, I sat long after I should have gone home with a young astronomer who showed me how to use the resort’s telescope and what to look for. But most of our clients were CEOs of Fortune 500 companies; powerful men who were dragged to the hills of N. California by their wives.

Besides having money, these men had one thing in common. They were obsessed with their cell phones, and the expectations that they were needed on a moments notice. Booking at weekend stay was (pardon the pun) a last resort for the wives of these men. Having exhausted all other possibilities to get their husbands to unwind and relax, the women book a weekend cabin because of our unique rule: cell phone use was strictly forbidden at the resort. 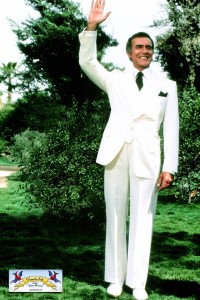 There I waited, much like Mr. Roarke from Fantasy Island, as the guests arrived. It was my job to explain the rule. In order to check in all cells phones would be turned over to me and only returned upon checking out. If a guest refused, and a few tried, I explained they could not check in. The kicker that got these men to hand their phones over to my out stretched hand was our policy of full payment at the time of booking and no refunds unless a 24 hour notice was given.

I worked at the resort for two years and in that time, only once did someone walk away. Oh the wives were in for a surprise as well. Though the no cell phone rule was in our confirmation letter, rule number 2 was not. Because there were no phones in the rooms and only one in the lobby, all incoming messages were held, unless it was an emergency, until check out. Once the husbands realized their kids could not interrupt them with complaints and sibling squabbles they were on board.

That people would pay so much money to be forced to disconnect still astounds me. Once more, many of our guests returned over and over again. But why? Why did it take such extreme measures to get someone to unplug from the world and what does it say about modern humans? Are we harming ourselves by our expectation and need for instant communication and gratification?

Neuroscience is starting to detect some changes to the brain’s chemical makeup. We are increasing our production of the stress hormone cortisol. Dr. Levitin, in his book, The Organized Mind: Thinking Straight in the Age of Information Overload explains that it is not just multitasking that releases stress hormones, our modern expectations are also beginning to wear down our frontal cortex with extra production of stress hormones.

In the days before cell phones, when we reached out using land-lines, we had no expectation that the other end would be picked up unless we called someone who was house bound. Most of the time we accepted the lack of connection. Perhaps Becky was out, or Bob was in a meeting. We made a note to call again, and moved on to something else.

Now we expect instant communication. If Becky or Bob does not answer, we begin to worry, releasing cortisol. Perhaps in small drips, but releasing it just the same. Expecting instant gratification over and over again, on a daily basis is starting to wear our brains down.

And, it’s not just our need to hear a voice on the other end of the line that is causing us stress. Studies have shown that our engagement with social media may be doing something similar.

The Facebook “addicts” showed greater activation of their amygdala and striatum, brain regions that are involved in impulsive behavior.

This study, while not the whole picture, does tie in to what Dr. Levitin has to say about our social media use and multitasking.

We answer the phone, look up something on the internet, check our email, send an SMS, and each of these things tweaks the novelty- seeking, reward-seeking centres of the brain, causing a burst of endogenous opioids (no wonder it feels so good!), all to the detriment of our staying on task. It is the ultimate empty-caloried brain candy. Instead of reaping the big rewards that come from sustained, focused effort, we instead reap empty rewards from completing a thousand little sugar-coated tasks.

It isn’t so much that technology is bad for our brain it’s our behavior that’s bad. We are harming ourselves without even knowing it.

All of this constantly checking Facebook for likes, using Twitter to count retweets (am I popular today?), monitoring blog comments, logging into e-mail multiple times a day and expecting someone to answer when we call is stressing us out and causing addictive like behavior in our brain patterns.

The answer? Well, you could pay me a lot of money to take away your phones and laptops, or you could take steps to control and curb your need for instant gratification.

Here are some helpful tips to get you started.

Remember that people are not always going to answer when you call. It’s okay to leave a message. Don’t start worrying that Becky or Bob are hurt or doing something fun without you. They have lives too, and might be too busy to pick up the call.

Don’t multitask unless it is absolutely necessary. Before making that call ask yourself if you really need to talk and shop, or talk while having lunch. It’s called a lunch break for a reason.

Why not pick one day a week to completely unplug? Remember those people who live with you? Why not spend the day with them, out of the house and away from technology. If nothing else, they will be a good reminder of why you gladly trade the house for your own office space, day after day.

Designate a time to answer your e-mails or get caught up on Facebook or whatever social media platform you use. When not on social media, try not to think about it. If you miss a round of cute kitten postings or a porn-food picture, don’t despair. If there is one constant to social media, it’s that whatever picture you missed will shortly come around again.

I know some of you are wondering how I am doing with my behavior experiment. I’m happy to report that I have changed my habits. I now watch the morning weather before I turn my laptop on. I’ve limited myself to one open tab at a time and have stopped checking my personal e-mail during the workday. In the evening I do my chores (no sense in worrying about what must be done while surfing the web) before I turn on my laptop and limit my Internet use. This is the easy part as you can easily guess. Those of us who read would rather unplug than watch cute kitten videos. We think of books as our own Fantasy Island.

I wonder what the brain looks like on books? Humm….

One thought on “Are we changing our brain? Part 2”