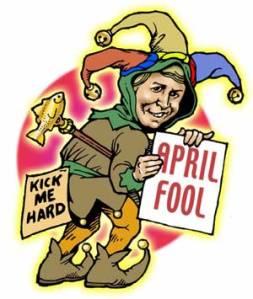 According to History. com the history of April Fools remains a mystery. What we do is that on this day in 1700, English pranksters begin popularizing the annual tradition of April Fools’ Day by playing practical jokes on each other.

Some historians speculate that April Fools’ Day dates back to 1582, when France switched from the Julian calendar to the Gregorian calendar. People who failed to recognize that the start of the new year had moved to January 1 and continued to celebrate it during the last week of March through April 1 became the butt of jokes and hoaxes. These included having paper fish placed on their backs and being referred to as “poisson d’avril” (April fish), said to symbolize young, easily caught fish and a gullible person.

Historians have also linked April Fools’ Day to ancient festivals such as Hilaria, which was celebrated in Rome at the end of March and involved people dressing up in disguises.

April Fools’ Day spread throughout Britain during the 18th century. In Scotland, the tradition became a two-day event, starting with “hunting the Gowk,” in which people were sent on phony errands (Gowk is a word for cuckoo bird, a symbol for fool) and followed by Tailie Day, which involved pranks played on people’s bums, such as pinning fake tails or “kick me” signs on them. Some fun the Scotts are. Glad I didn’t live during these hilarious times!

We don’t know when Americans started to celebrate the day, perhaps it was a tradition they brought with them to the new world. We do know, once popularized it spread across the globe. It is not just the people’s holidays, many companies and institutions get in on the fun. With resources and money many of the most popular and highly charged pranks have been pulled off by the media, corporations and respected names.

In celebration of this day I offer you five of the most successful April Fool’s hoaxes.

On April 1, 1957 the British news show Panorama broadcast a three-minute segment about a bumper spaghetti harvest in southern Switzerland. The success of the crop was attributed both to an unusually mild winter and to the “virtual disappearance of the spaghetti weevil.” The audience heard Richard Dimbleby, the show’s highly respected anchor, discussing the details of the spaghetti crop as they watched video footage of a Swiss family pulling pasta off spaghetti trees and placing it into baskets. The segment concluded with the assurance that, “For those who love this dish, there’s nothing like real, home-grown spaghetti.”

The Swiss Spaghetti Harvest hoax generated an enormous response. Hundreds of people phoned the BBC wanting to know how they could grow their own spaghetti tree. To this query the BBC diplomatically replied, “Place a sprig of spaghetti in a tin of tomato sauce and hope for the best”.

In 1995 the Greek Ministry of Culture announced that during excavation for the Athens metro system, archaeologists had uncovered what they believed to be the tomb of Socrates near the base of the Acropolis. A vase containing traces of hemlock (the poison used to kill socrates) and a piece of leather dating from between 400 and 390 BC were found in the tomb. The news agency Agence France-Presse immediately issued a release about the story. What it didn’t realize was that the Greek Ministry was joking, forcing the news agency to issue an embarrassed retraction a few hours later. 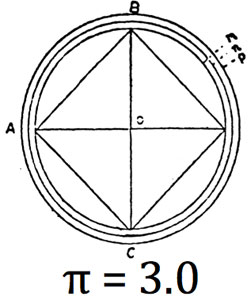 The April 1998 issue of the New Mexicans for Science and Reason newsletter contained an article claiming that the Alabama state legislature had voted to change the value of the mathematical constant pi from 3.14159 to the ‘Biblical value’ of 3.0. Soon the article made its way onto the internet, and then it rapidly spread around the world, forwarded by email.

It only became apparent how far the article had spread when the Alabama legislature began receiving hundreds of calls from people protesting the legislation. The original article, which was intended as a parody of legislative attempts to circumscribe the teaching of evolution, was written by physicist Mark Boslough.

On April 1 1996, full page newspaper ads announced that Taco Bell has purchased the Liberty Bell and renamed it the Taco Liberty Bell.”While some may find this controversial, we hope our move will prompt other corporations to take similar action to do their part to reduce the country’s debt,” the ad said.

The fast food chain was quick to assure Americans that their access to the Taco Liberty Bell would not be hindered. Thousands of people called the headquarters of Taco Bell and the offices of the National Park Service, but were assured that it was a prank. My favorite part comes when the White House was asked to make a statement. White House Press Secretary Mike McCurry quipped that the Ford Motor Company was following suit, with the Lincoln Memorial being renamed the Lincoln Mercury Memorial.

And saving the best for last…

On 1 April 2008, the BBC announced that camera crews filming near the Antarctic for its natural history series Miracles of Evolution had captured footage of Adélie penguins taking to the air. It even offered a video clip of these flying penguins, which became one of the most viewed videos on the internet. Presenter Terry Jones (yes the Terry Jones) explained that, instead of huddling together to endure the Antarctic winter, these penguins took to the air and flew thousands of miles to the rainforests of South America where they “spend the winter basking in the tropical sun.”

Do you have an April Fool’s prank story? Do share!